a harmonisation of flavour, texture, and the elusive dimension of artfulness, the je ne sais quoi, that separates good cookies from great ones at Moona Coffee.

Cookies appear to have their origins in 7th century AD Persia, shortly after the use of sugar became relatively common in the region. They spread to Europe through the Muslim conquest of Spain. By the 14th century, they were common in all levels of society throughout Europe, from royal cuisine to street vendors.

With global travel becoming widespread at that time, cookies made a natural travel companion, a modernised equivalent of the travel cakes used throughout history. One of the most popular early cookies, which traveled especially well and became known on every continent by similar names, was the jumble, a relatively hard cookie made largely from nuts, sweetener, and water.

Cookies came to America in the early English settlement (the 17th century), although the name “koekje” arrived with the Dutch. This became Anglicised to “cookie” or cooky. Among the popular early American cookies were the macaroon, gingerbread cookies, and of course jumbles of various types.

The modern cookie, given its style by the creaming of butter and sugar, was not common until the 18th century.

Belgian chocolate and cranberry cookie with meringue and added cranberries. 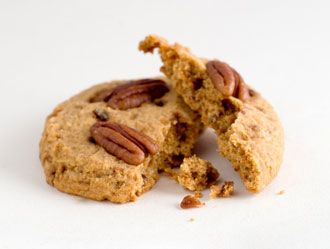 A combination of dates, real pieces of butterscotch, honeycomb pieces and oats, enriched with golden syrup and clotted cream, studded with pecan nuts. 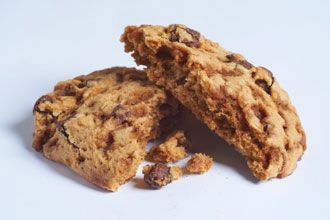 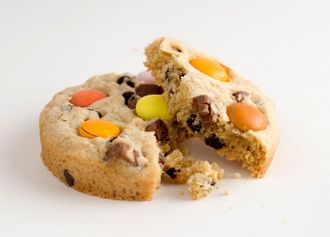 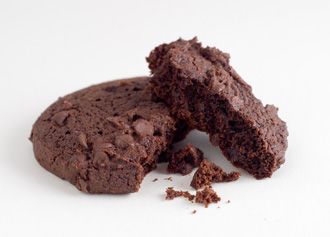